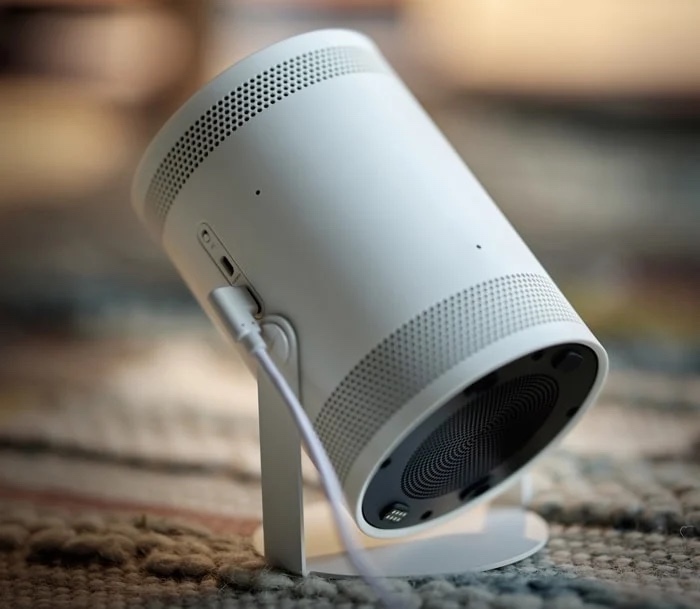 One of the new devices that were announced last week by Samsung at CES was their new The Freestyle projector.

Samsung is now taking pre-orders of their new The Freestyle projector in their home country of South Korea, the device is available to pre-order for 1.19 million won which is about $997 at the current exchange rate.

Samsung Electronics will pre-order the portable screen ‘The Freestyle’, which received great attention at CES 2022, the world’s largest electronics exhibition, from the 11th.

The Freestyle can freely rotate up to 180 degrees to realize a screen of up to 100 inches (254 cm diagonal) regardless of space such as walls, ceilings, and floors.

This product has a light weight of 830g and a minimal design that fits in one hand, making it easy to carry.

In addition, compatibility is improved by adopting C-type (USB-PD) as the power cable, and it can be conveniently used not only indoors but also in outdoor activities such as camping when connected to an external battery of 50W/20V.

As yet Samsung has not revealed exactly when their new portable projector will be available un the USA and Europe, as soon as we get some more details we will let you know.