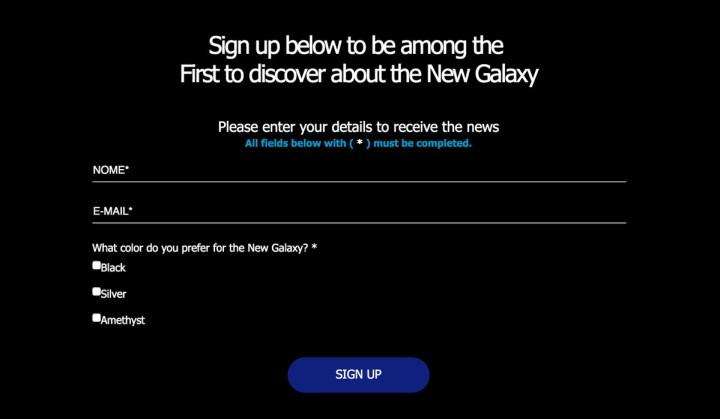 Earlier today, a rumor hinted that Samsung Galaxy S8 and S8 Plus are expected to launch in six different color options, but that may not be the case.

Not too long ago, Samsung India’s official early signup page for the Galaxy S8 teased the color options for the handset which includes include Black, Silver, Amethyst.

It’s hard to tell if these are the only color options the handset is expected to come in as we’ve seen the Korean company launch multiple color options which are destined for specific countries like we’ve seen before. Previous report hinted that Samsung will launch its next flagship device in white, black, silver, pink, blue and violet color options.

Samsung is expected to unveil the handsets on March 29th at a press event with the official availability expected to happen on April 28th, according to multiple reports.

The Galaxy S8 is expected to come with a 5.8-inch QHD display while its bigger sibling is set to boast a 6.2-inch QHD display. The handsets are rumored to come with Snapdragon 835/Exynos processor paired with 4GB of RAM, a 12MP camera for photos and videos, 8MP front-facing camera, and Android Nougat as it operating system out of the box.