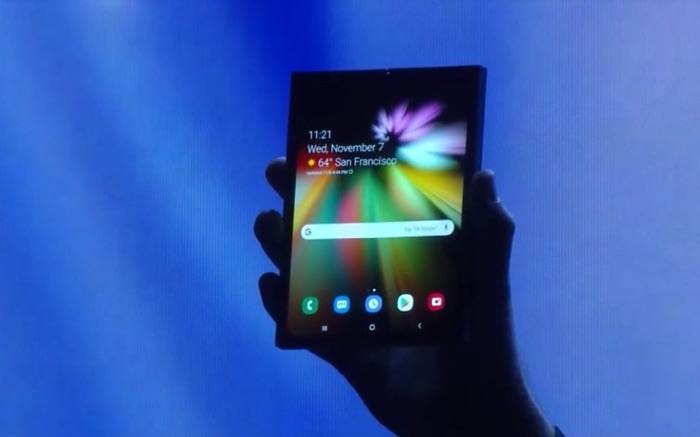 The Samsung Foldable smartphone is expected to be made official along with the Galaxy S10 smartphones next month.

Samsung is holding a press conference in San Francisco on the 20th of February for the Galaxy S10, they recently hinted that the Foldable Smartphone would also be unveiled at the event.

Samsung has now released some details about their future plans for smartphones and this includes their new foldable handset, you can see what they had to say about it below.

To build the new foldable device, we made significant investments to create a new material that completely changes the anatomy of the smartphone display. We also created a natural and durable folding experience that users can appreciate from the very first time they unfold the device and crafted an innovative mechanical technology that can withstand hundreds of thousands of folds. We also had to rethink the placements of the battery, cooling system, and camera so that they can be placed inside the slim body efficiently. Last but not least, we developed an intuitive UX to ensure apps can transition seamlessly between the smaller and larger displays. We are committed to continue pushing the limits of possibility and lead the mobile industry into a new era.

We are looking forward to finding out more details about the new Samsung Foldable Smartphone and also their Galaxy S10 handsets next month.