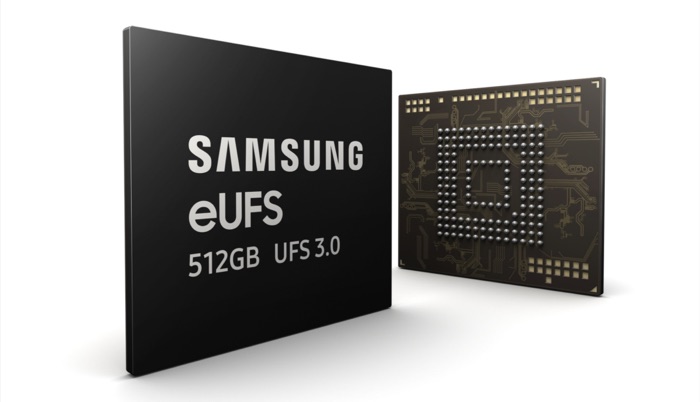 Samsung has announced that it has started mass production of its 512GB eUFS storage 3.0 for the next generation of mobile devices.

The company has also revealed that it will launch a 1TB version of its eUFS storage 3.0 storage before the end of the year.

“Beginning mass production of our eUFS 3.0 lineup gives us a great advantage in the next-generation mobile market to which we are bringing a memory read speed that was before only available on ultra-slim laptops,” said Cheol Choi, executive vice president of Memory Sales & Marketing at Samsung Electronics. “As we expand our eUFS 3.0 offerings, including a 1-Terabyte (TB) version later this year, we expect to play a major role in accelerating momentum within the premium mobile market.”

Samsung produced the industry-first UFS interface with eUFS 2.0 in January, 2015, which was 1.4 times faster than the mobile memory standard at that time, referred to as the embedded multi-media card (eMMC) 5.1. In just four years, the company’s newest eUFS 3.0 matches the performance of today’s ultra-slim notebooks.

You can find out more information about the Samsung 512GB eUFS storage 3.0 over at Samsung at the link below.