A new Samsung 8.4 inch tablet has turned up in the GFX Benchmarks, the device comes with the model number SM-T700, and the benchmarks have revealed some information on this new Samsung Tablet. 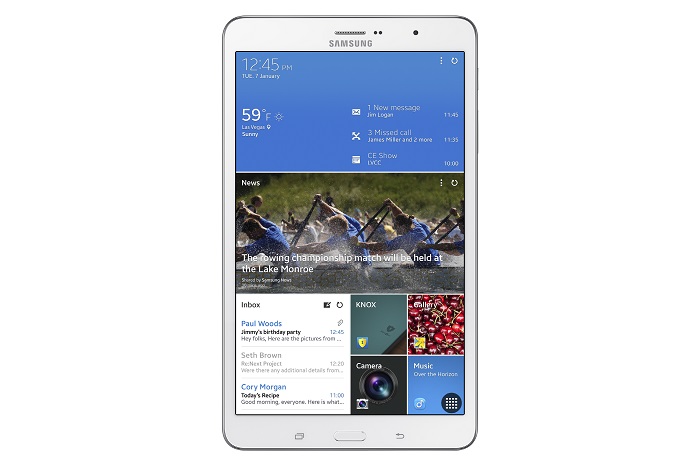 Other specifications on this new 8.4 inch tablet from Samsung include 2GB of RAM and 16GB of built in storage, the device also features front and rear facing cameras. 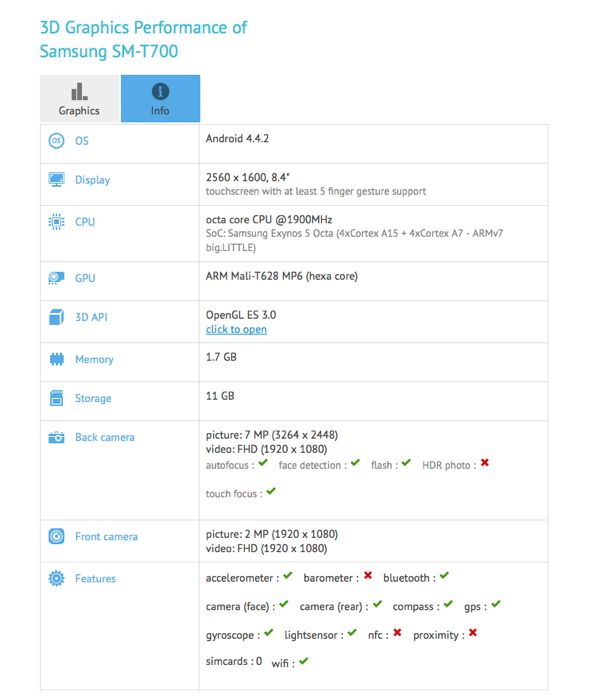 The device is running the latest version of Googles’ Android OS, Android 4.4.2 Kit Kat, and the 8.4 inch display is said to be an AMOLED display with 359 pixels per inch.

As yet there are no details on when this new Samsung SM-T700 8.4 inch tablet will be available, as soon as we get some more information, we will let you guys know.