According to a new report, another Samsung handset, believed to the new Galaxy Beam, was spotted at the Chinese certification website, Tenaa.

The handset appears to be a mid-range device, and rumored to be the successor of the Samsung Galaxy Beam that came with a built-in projector. 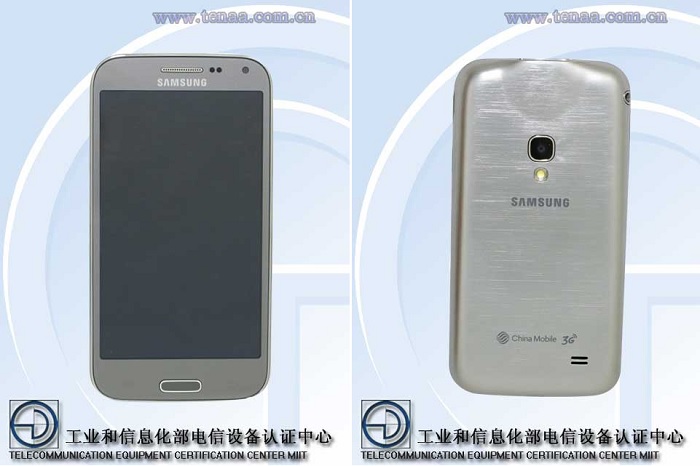 The device comes with a model number SM-G3858, which is in line with its predecessor and is a mid-range device. According to the information mentioned on Tenaa, the alleged handset rocks a 4.66-inch display with a WVGA resolution. The handset is powered by a quad-core processor with a clock speed of 1.2GHz with 1GB of RAM on board.

The alleged Galaxy Beam measures 134.5 x 70 x 11.7mm and weighs 165.5g. There’s no word about the projector, but we can see a big bump on the top of the device, suggesting it might exist. There’s also a projector button on the side, right above the power button.

The device also shows a China Mobile logo on the back, hinting at the possible launch of the device on the world’s largest carrier, but that doesn’t imply we’ll not see an international version of the handset.