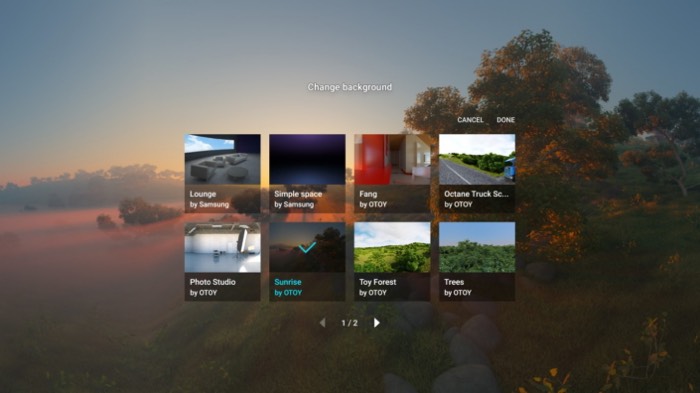 Samsung has released a software update for their Samsung Internet for the Gear VR and the update is apparently designed to make browsing more immersive.

The new version of the Samsung Internet for Gear VR app is versions 4.2 and it comes with a range of new features.

With the new Change Background feature, users can customize the background of their VR space with premium images provided by cloud graphics company OTOY. Paired with the VR technology, the vivid scenes add depth to users’ browsing, transporting them to a vibrant and realistic world that’s ripe for exploration. In addition to the previously added Skybox feature, which allows each website to set its own background with 360 images, this will provide a more immersive browsing experience.

Samsung Internet for Gear VR also includes support for WebVR v1.0: an experimental JavaScript API that provides the browser with access to the device’s VR features and allows users to view 3D images on websites from various angles.

You can find out full details about the new Samsung Internet for Gear VR over at Samsung at the link below.