Recently, Samsung has sent out press invites for an event in Singapore on April 29th, which says “Kapture The Moment.” It looks quite interesting as it could be for another camera-centric phone from the Korean OEM or something related to cameras.

Recently, we spotted the camera-centric Galaxy K Zoom aka Galaxy S5 Zoom, which even posed for the camera as well. The handset is rumored to come with a 20MP camera, and was even spotted at the FCC, which is usually the last stop before the device makes its way to the retail shelves. 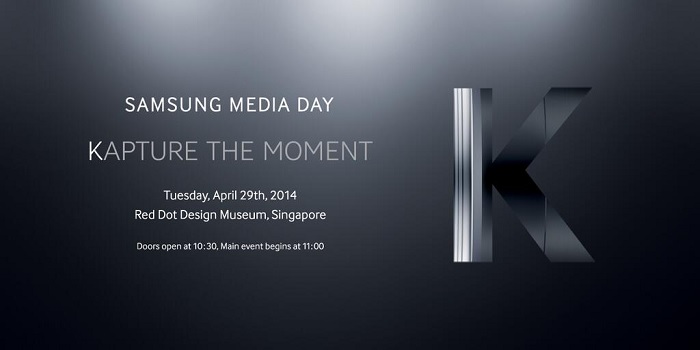 The alleged Samsung Galaxy K (S5) is rumored to come with a 4.8-inch display sporting a resolution of 1280 x 720 pixels, and is powered by a Samsung Exynos 5 Hexa (5260) SoC with ARM’s big.LITTLE architecture consisting of two 1.7GHz Cortex-A15 cores and four 1.3GHz Cortex-A7 cores.

Other features include 2GB RAM, 16GB storage with a microSD card slot, 20MP camera with 10X optical Zoom and should ship with Android 4.4.2 KitKat as its operating system.

April 29 is just a few days away, we’ll update you as soon as we get more information about the alleged handset.