Samsung flip phone has appeared in a number of leaks in the past. It looks like Samsung is planning to bring back the flip phone revolution that existed a few years back. Samsung officially unveil the two screens, flip phone – Samsung Hennessy – that will be heading to Chinese market. There is no official word about the launch of the device in US or UK. 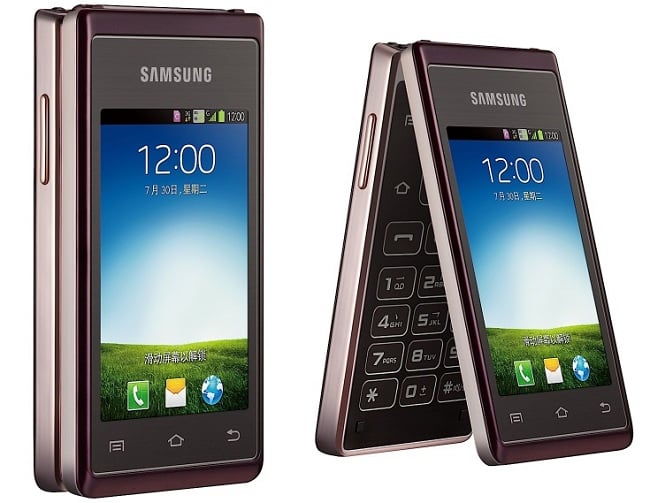 The device will feature dual-displays of 3.3 inch boasting a resolution of 320 x 480 pixels with three capacitive touch buttons on the front. Other specifications of the device includes a 1.2GHz quad-core processor with 1GB RAM, microSD card slot, 5MP rear camera, 1,500 mAh battery and runs Android 4.1 Jelly Bean on top of it. On the connectivity side, the device includes WiFi, Bluetooth, GPS and USB 2.0.

The device will feature CDMA and GSM that will give the user’s ability to access CDMA network on various Chinese carriers. There are no details about the pricing and availability of the device. Also, there are no details if it will ever be released in US and UK.

The device may not be classed as popular but it will be good for all those users who like using flip phones. It is also worth noting that the Korean manufacturer is working on a flagship handset – Galaxy Note 3 – that is expected to see the daylight in less than 3 weeks.