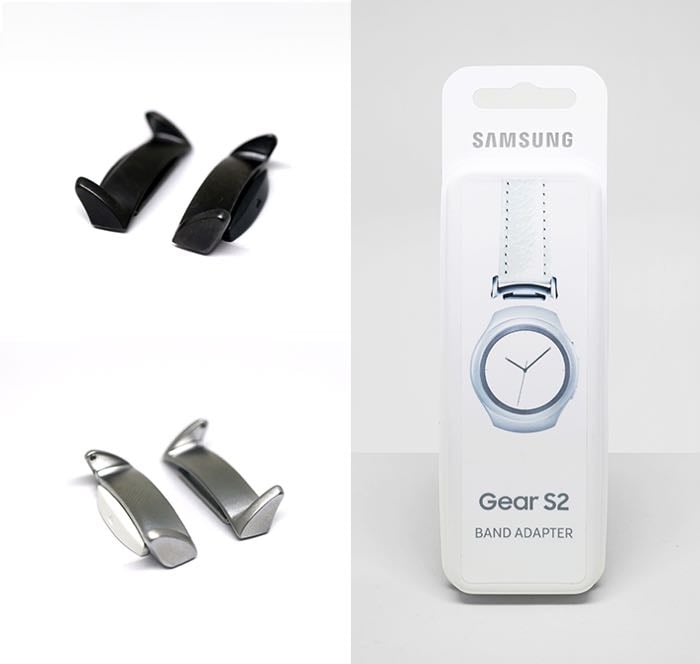 Samsung has announced a new accessory for their Gear S2 smartwatch, the Gear S2 Band Adapter which allows you to use standard 20mm watch straps with your Samsung smartwatch.

Samsung Electronics is providing a useful new option that allows consumers to customize the appearance of their Gear S2 even more: the Gear S2 Band Adapter. With the Band Adapter, now the Gear S2 is compatible with standard 20mm watch straps, including the Gear S2 classic strap, greatly expanding the options users have for personalizing their wearable.

You can find out more details about the Gear S2 Band Adapter over at Samsung at the link below, it is now available in Germany, Singapore and South Africa, and is soon headed to more countries.