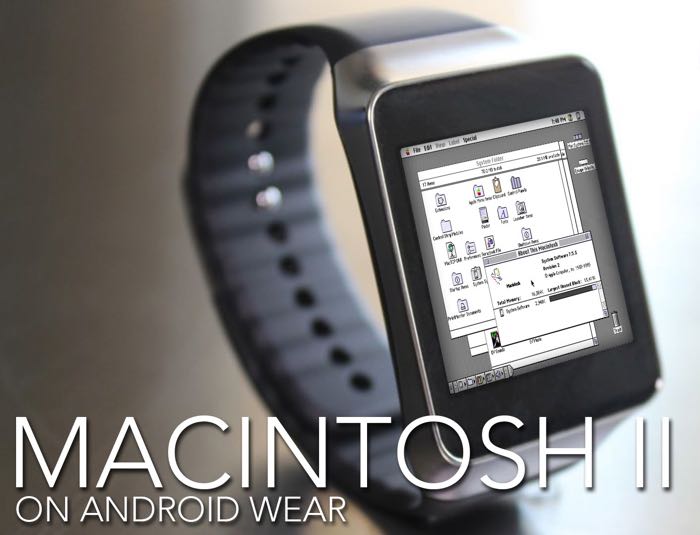 We previously saw the Samsung Gear Live running Windows 95 and now Corbin Davenport has managed to get Apple’s Macintosh II OS running on the device.

Corbin previously showed us a video of Windows 95 running on the Samsung Gear Live and in the new video below, we can see Macintosh II OS running on Samsung’s smartwatch.

The Macintosh II was the first Mac to support a color display and it was launched back in 1987, you can find out more details about how Macintosh II OS can be run on the Gear Live in the video below.