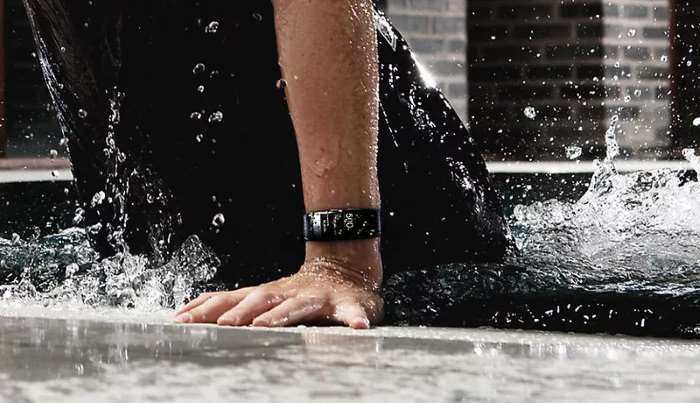 Samsung has introduced the highly anticipated Galaxy Note 8 at its Unpacked event. However, ahead of the launch, Samsung’s fitness-oriented Gear Fit 2 Pro was listed on Samsung’s official Malaysia website ahead of its launch.

The listing revealed the features the Gear Fit 2 Pro is set to come with as well as its design. Unfortunately, there’s no word about the pricing of the device.

Samsung Gear Fit 2 Pro comes with a number of improvements compared to its predecessor with the most important one being water resistance up to 5ATM (roughly 50 meters or around 164 feet). This means that you can take the smartwatch swimming and it shouldn’t be a problem at along. Alongside the feature, the company also introduce Speedo app which can help swimmer track their swimming exercise.

Rest of the smartwatch remains the same, featuring a curved AMOLED display as well as the ability to track several health-related metrics including steps taken, calorie count, distance travelled, etc. The wearable will launch in black and red color options. As for the pricing, Evan Blass hints that the wearable will come with a $199 price tag when it launches in different markets.

Apart from that, Samsung is also expected to unveil a new Gear smartwatch next week at IFA 2017 in Berlin. The news was officially confirmed by the company during the press event earlier, but details about what it will bring and how much it will cost were not shared. We’ll update you as soon as it’s officially available.