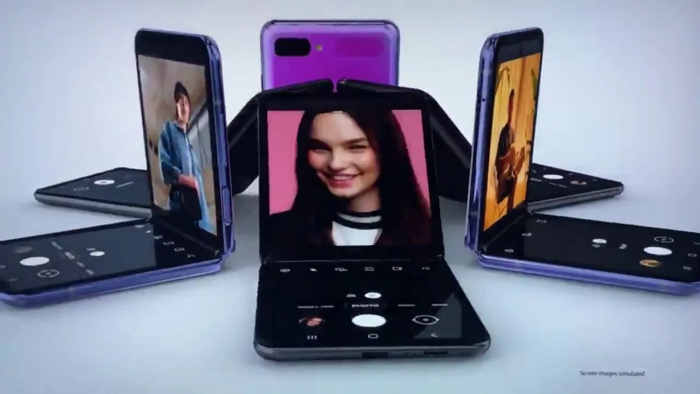 Samsung showed off their new folding smartphone in an advert during the Oscars, the Samsung Galaxy Z Flip and the handset is going to be unveiled tomorrow at the Samsung Unpacked press event.

Samsung are holding their press event tomorrow where they will announce their new Galaxy S20 range of handsets and also their new Galaxy Buds+ headphones. The video below shows the Galaxy Z Flip commercial that was shown during the Oscars.

We previously heard that the handset would come with a 6.7 inch folding display with a 22:9 aspect ration and a Full HD+ resolution of 2636 x 1080 pixels.

Processing will be provided by a Qualcomm Snapdragon 855 mobile processor and the device will come with 8GB of RAM. The handset will feature two 12 megapixel cameras on the back and a single 10 megapixel camera up front. We will have full details on this new folding smartphone when it is made official tomorrow.