Samsung recently launched their new Samsung Galaxy TabPro 8.4 tablet, and now the guys over at Pocket Now have put this new Samsung tablet up against Apple’s Retina iPad Mini.

The video below gives is a good look at the new Samsung Galaxy TabPro 8.4 when compared side by side with the Retina iPad Mini. 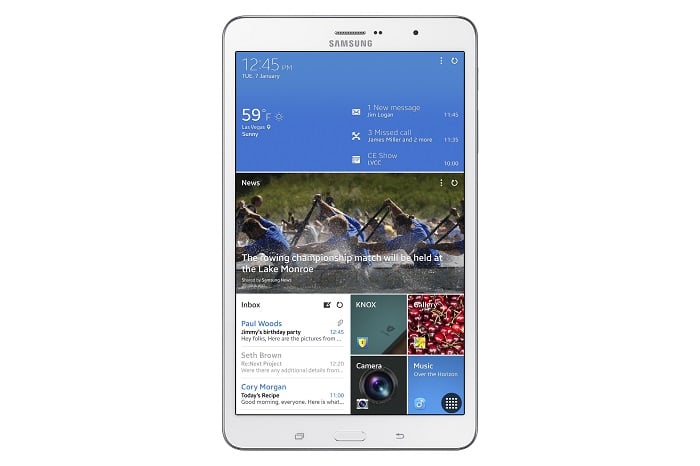 The Samsung Galaxy TabPro 8.4 comes with a 8.4 inch display that has a resolution of 2560 x 1600 pixels, processing comes in the form of a 2.3Ghz quad core Snapdragon 800 processor from Qualcomm.

Other specifications in the TabPro 8.4 include 2GB of RAM and 16GB or 32GB of built in storage, there is also an 8 megapixel rear camera and a 2 megapixel front camera.

The Samsung Galaxy Tab Pro comes with Android 4.4 KitKat and features a 4,800 battery, plus a microSD card slot for extra storage.

The Retina iPad Mini comes with a 7.9 inch Retina display that has a resolution of 2048 x 1536 pixels, the device also comes with an Apple A7 processor and an Apple M7 motion processor.

The iPad Mini with Retina display is also available in both WiFi and cellular models, and you can choose from a range of storage between 16GB and 128GB.