The Samsung Galaxy Tab has been creating a fair bit of buzz since it was announced, now Samsung has released a promo video for the Galaxy Tab, you can check it out below.

As you can see from the video Samsung think it is a good idea to put the Galaxy Tab in your jeans pocket, I wonder if it is actually smaller than that Sony Vaio netbook that was advertised in the same way? 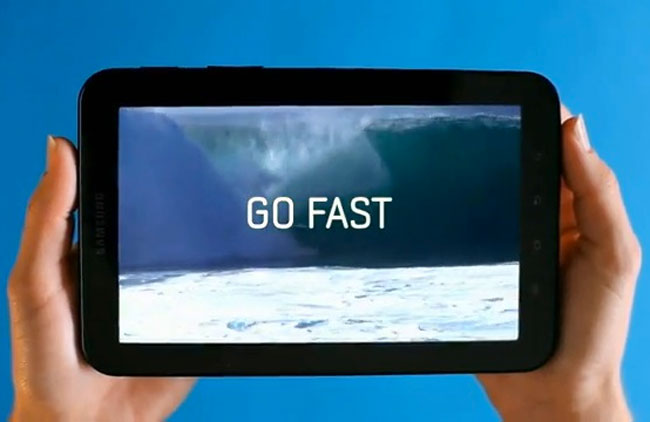 Samsung seems to be stepping things up with the Galaxy Tab due to go on sale shortly, but we are wondering whether people will actually buy it considering the high prices we have seen advertised?

We would like to hear from our readers on what they think about Samsung’s Android tablet, are you will to pay the high prices to get your hands on it?