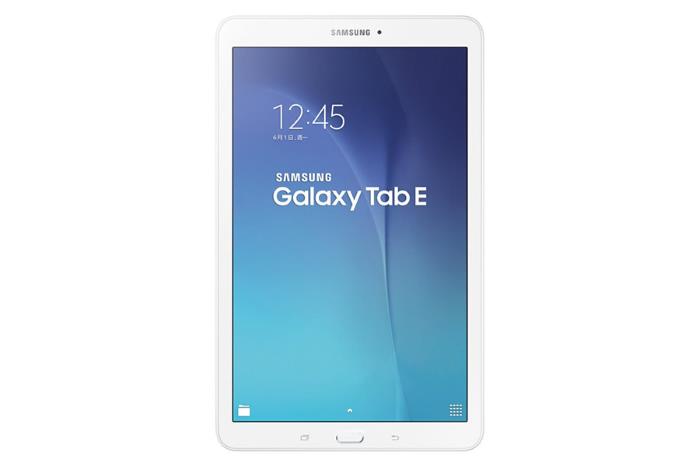 Earlier this month, some images of the leaked Samsung Galaxy Tab E leaked on to the internet along with the possible specifications of the device.

The Samsung Galaxy Tab E sports a 9.6-inch display sporting a resolution of 1,200 by 800 pixels, a quad-core processor clocked at 1.3 GHz paired with 1.5GB of RAM and 8GB of internal storage. There’s a microSD card slot for expansion should you ever require more storage on your device.

Other features include a 5 megapixel camera for photos and videos on the back and a 2MP front-facing camera for selfies and video calls, the handset also comes with a 5,000 mAh battery and ships with Android 4.4 KitKat.

As far as the pricing is concerned, the WiFi only model carries a price tag of around $225 in the region. The tablet is expected to hit the retail shelves in Taiwan by the end of this month. There’s no word about launch of the tablet in other global markets, but if we’ll update you as soon as we hear anything about it.