Samsung has posted a picture on Twitter of a yet to be announced Android powered tablet, the tablet will be called the Samsung Galaxy Tab.

the Samsung Galaxy Tab will feature a 7 inch display, and will run Google Android and will feature a custom TouchWiz UI, and it looks like the screen may be an AMOLED one. 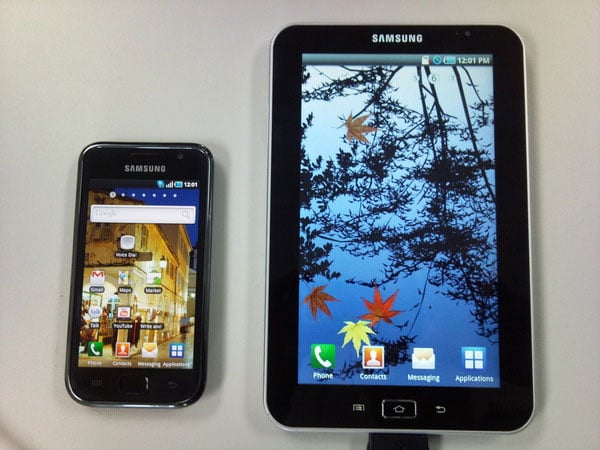 That is about it so far, no more specifications, it does seem a bit of a strange place to announce a new tablet on twitter, without any specifications on the tablet.

As soon as we get some more information we will let you guys know. Have a look and our article on Android vs iPhone to see which smartphone and mobile platform is best for you.