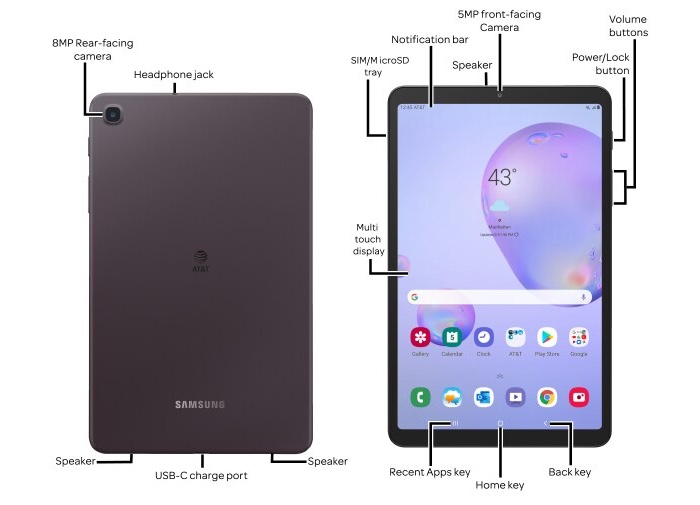 We previously heard about the new Samsung Galaxy Tab A 8.4 tablet and now Evan Blass has published some photos of the device on Twitter.

The tablet will come with a 8.4 inch display and it will have a FHD+ resolution of 1920 x 1200 pixels and will feature a Samsung Exynos 7904 mobile processor.

The tablet will also come with 3GB of RAM and and it will feature a 5 megapixel front facing camera and an 8 megapixel rear camera.

There are no details on how much storage the tablet will come with although we do know that it will be expandable with a microSD card slot.

As yet there are no details on exactly when the new Samsung Galaxy Tab A 8.4 will go on sale, as soon as we get some more details we will let you guys know.