The photos below give is a look at what is inside the Galaxy Tab 7.7 LTE, which comes with a 7.7 inch Super AMOLED Plus touch screen display with a resolution of 1280 x 800 pixels. 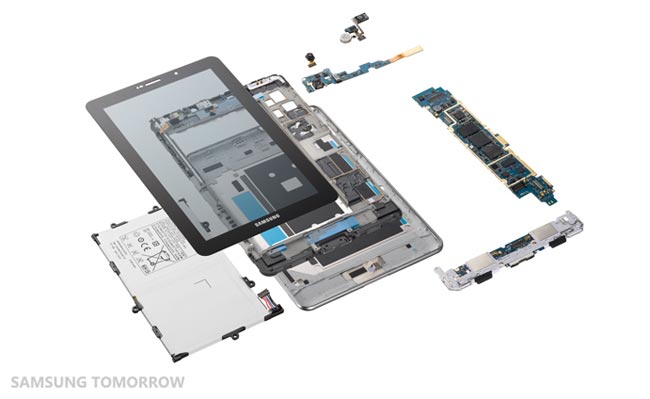 Weighing only 335 grams but featuring a powerful battery providing up to 10 hours of video playback time, a crisp Super-AMOLED Plus display, and lightning fast LTE mobile broadband, the Tab 7.7 LTE hits the sweet spot for a portable multimedia device.

You can see more of the teardown photos of the Samsung Galaxy Tab 7.7 LTE over at Samsung Tomorrow.