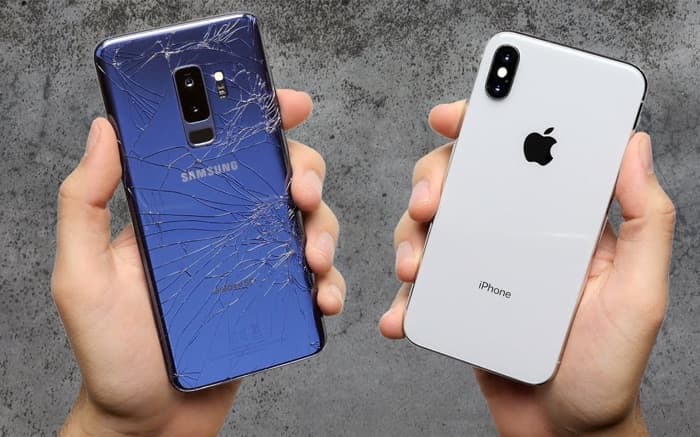 Yesterday we saw a drop tests with the new Galaxy S9 and now we have another one, this time with the Samsung Galaxy S9 Plus vs iPhone X.

In the video both the iPhone X and the new Galaxy S9 are drop tested to see which of the two handsets comes out on top. The guys fro Phone Buff have put these two flagships head to head to see which is more durable.

As we can see from the video the Galaxy S9 glass broke in the first drop test on the back. When the handsets were dropped on their corners the iPhone X also performed better with slightly less damage.

When the two devices were dropped on their face the Galaxy S9 Plus survived without any major damage where as the iPhone X sustained more damage. Overall the Samsung Galaxy S9 performed slightly better than the iPhone in the various drop tests.