Samsung launched the Galaxy S5 with a quad-core Snapdragon 801 with a clock speed of 2.5GHz, but there was no word of the octa-core version of the handset.

The device spotted on the GFXBench website comes with a 5.2-inch display and disappointingly comes with the same 1080p resolution. It shows the handset is powered by a Exynos 5 Octa Chipset with the big.LITTLE architecture we heard about in the past.

The device also features the same amount of RAM, as well as all the other features including the 16MP camera, Android 4.4.2 KitKat and 16GB internal storage. 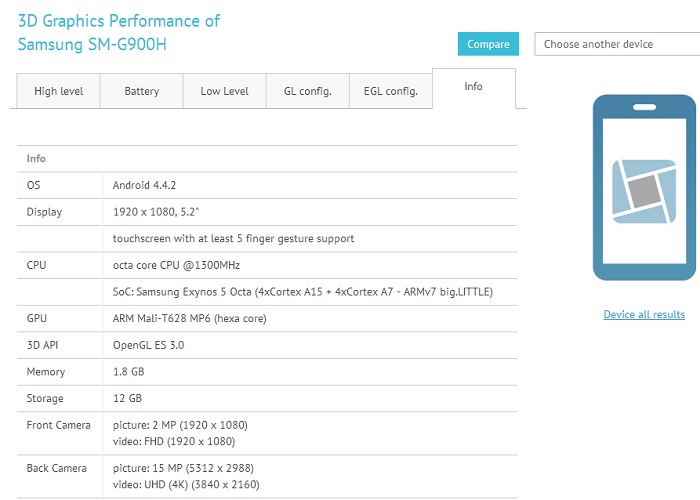 Well, Samsung is expected to take the wraps off this version in the coming days, but we don’t know the exact date. As far as the “Prime” version with a sharper display sporting 2560 x 1440 pixels resolution is concerned, rumors suggest it should also see the daylight in the coming months, possibly as the F series.

We’ll update you as soon as any other information pops up.