Samsung Galaxy S5 pre-orders have begun all around the globe, with the availability date set to 11th April in almost 150 markets globally.

However, that doesn’t mean that it’s not in anyone’s hands. We’ve already seen it get reviewed on Russian shores, and now, a Russian group has managed to disassemble it, showing us the internals. 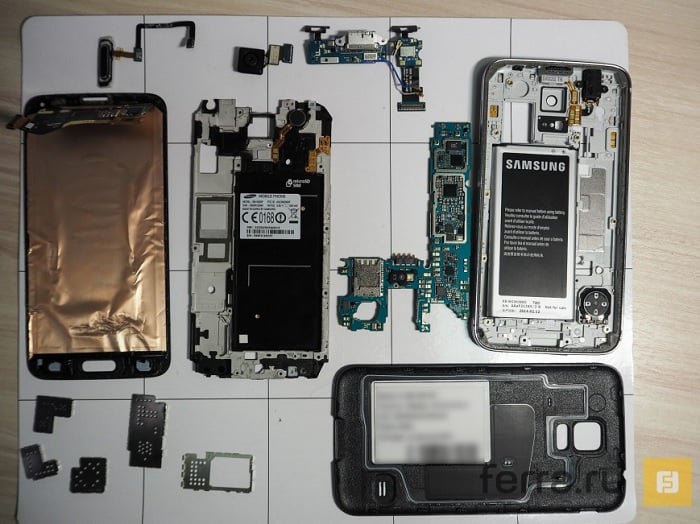 According to the teardown, the most difficult was opening its display as its not held together with screws or a double sided tape, but a sturdy adhesive which required a lot of heating and prying to open the case. Once it opened, the next steps showed the internals, including the processor, camera modules, RAM, battery and other components of the device.

As far as the sturdiness is concerned, it should be present as the handset is water-resistant, and it had to be solid enough to prevent water or dust from going inside the smartphone.

It’s not an easy task to carry out so never try this at your own. If you love you device, we’d recommend you should stay away from this method.