We have already seen a number of photos of the Samsung Galaxy S4 active, and now we have what appears to be a press shot of the yet to be announced device from Samsung with AT&T branding.

The Samsung Galaxy S4 Active is rumored to be both water and dust proof and will apparently feature a 5 inch full HD AMOLED display with a resolution of 1920 x 1080 pixels. 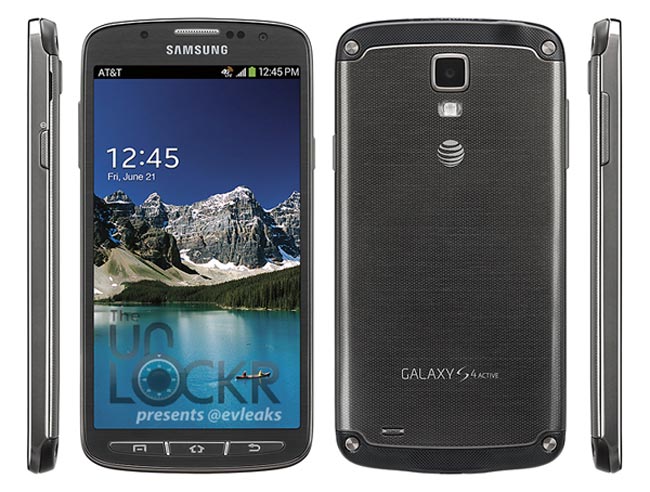 Processing on the Samsung Galaxy S4 active will be provided by a quad core Qualcomm Snapdragon 600 processor with a clock speed of 1.9GHz, the device is also rumored to come with 1.5GB of RAM.

Samsung are holding a press event in London on the 20th of June, where we are expecting them to officially announce the Samsung Galaxy S4 active as well as a number of other devices.