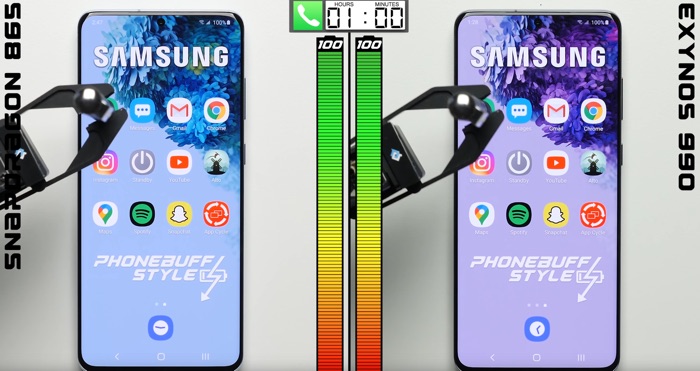 We have a video from PhoneBuff comparing the battery life between the Samsung Exynos version of the Galaxy S20+ and the Snapdragon version of the handset.

The handsets were put through the exact same tests and as we can see the Qualcomm Snapdragon 865 version of the Galaxy S20+ lasted longer than the handset with Samsung’s own processor.

It is interesting to see that the Snapdragon version of the Galaxy S20+ ended up lasting for almost an hour longer in the whole test.

The battery on the Exynos version latest for 24 hours and 14 minutes and in the Snapdragon version of the handset it lasted for a total of 25 hours and 4 minutes.