The guys over at Sammobile have got their hands on a service manual which is apparently for the new Samsung Galaxy S III smartphone, and if this turns out to be the real deal ten we get a look at the final specifications on the handset.

According to the leaked specifications the Samsung Galaxy S III will come with Android 4.0 Ice Cream Sandwich and a 4.8 inch Super AMOLED display, plus a quad core 1.5GHz processor, although the processor doesn’t tie in with the 1.4GHz quad core version that Samsung announced today would be in the new S III. 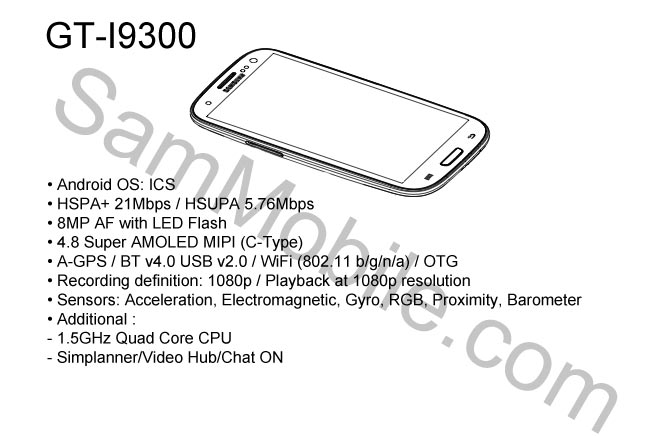 Other specifications from the service manual include a 8 megapixel camera, A-GPS, Bluetooth 4.0 and WiFi, we have no idea whether or not this is real, so we can take it with a grain of salt for now.