AT&T has announced two new LTE smartphones for its network, the Samsung Galaxy S II LTE Skyrocket and the HTC Vivid, the Galaxy S II Skyrocky comes with a 4.5 inch Super AMOLED Plus display with a resolution of 800 x 480 pixels.

Processing is provided by a dual core 1.5GHz processor and there is 16GB of built in storage and an 8 megapixel camera which can record full HD video in 1080p, ot will retail for $250 when you sign up to a new contract with AT&T. 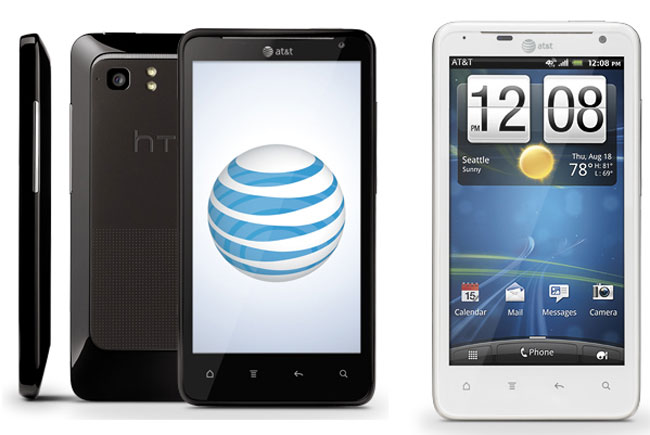 The HTC Vivid features a 4.5 inch qHD display plus a dual core 1.2GHz processor, 16GB of storage and an 8 megapixel camera, it will retail for $199.99 when you sign up to a new two year contract, both devices will be available from the 6th of November.