It looks like there is a new Android smartphone headed to US mobile carrier T-Mobile, the Samsung Galaxy S Blaze Q which you can see in the photo below.

According to the guys over at TMO News, the Samsung Galaxy S Blaze Q is coming to T-Mobile on the 15th of August, although this has yet to be confirmed by T-Mobile. 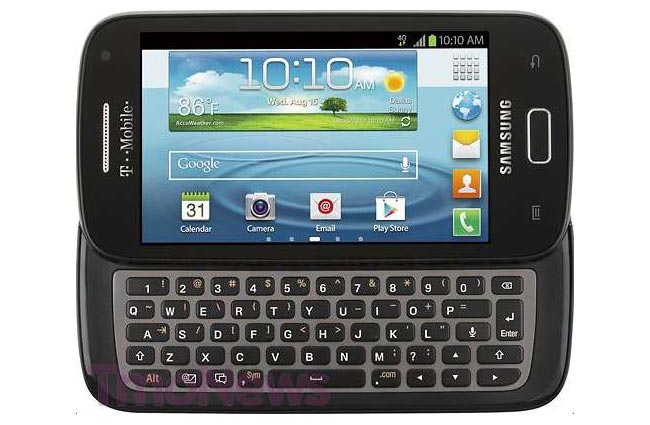 The Samsung Galaxy S Blaze Q is rumored to be powered by a dual core 1.5GHx Snapdragon S4 processor, and will come with 1GB of RAM and 16GB of built in storage.

Other rumored specifications on the Samsung Galaxy S Blaze Q include a 720p HD touchscreen display, a slide out QWERTY keyboard and a 1080p capable rear camera plus Android 4.0 Ice Cream Sandwich.

As soon as we get some more information on the new Samsung Galaxy S Blaze Q, including the full specifications, pricing and a confirmed launch date we will let you guys know.