Samsung unveiled the highly rumored Galaxy NotePro at the Consumers  Electronics Show last week in Las Vegas. The company failed to provide an exact launch date, as well as its pricing at the event, but later revealed its pricing in a few European countries.

For those of you in the U.S., it seems the Samsung Galaxy NotePro might hit the shelves at Verizon as the tablet was spotted at the FCC with a model number SM-P905V that carries Verizon LTE bands support. The oversized tablet with a similar model number was also spotted at the Bluetooth SIG, suggesting that it might hit retail at Verizon later this year. 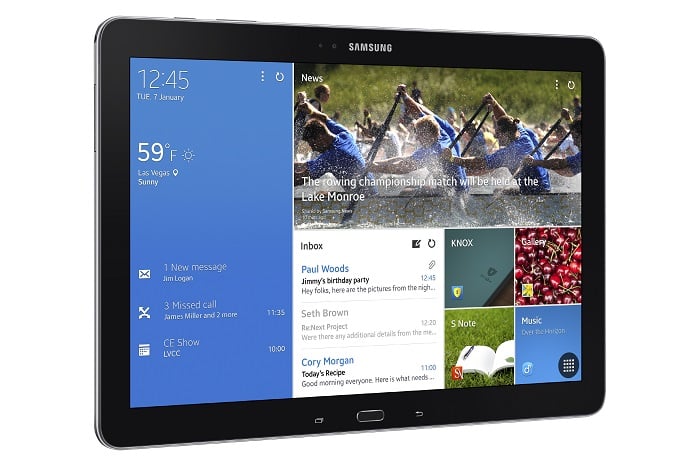 In case you forgot, the Samsung Galaxy NotePro rocks a massive 12.2-inch WQXGA Super Clear LCD display boasting a resolution of 2560 x 1600 pixels. Under the hood, the tablet is powered by a quad-core Snapdragon 800 chipset with a clock speed of 2.3GHz for the LTE version, while the 3G/Wifi enabled tablet comes with a Exynos 5 Octa (1.9 GHz QuadCore ＋ 1.3 GHz Quadcore).

Other features include 3GB of RAM, 32/64GB storage options with microSD card support of up to 64GB, 8MP rear camera, 2MP front-facing camera, a massive 9,500 mAh battery and runs Android 4.4 KitKat with Magazine UX pre-installed out of the box.

Are you going to purchase the tablet if it turns up on the Big Red? Share your thoughts.