Samsung announced recently that it would be the official partner of the 2012 London Olympics, their latest handset the Samsung Galaxy S III will be available to athletes in a limited Olympics edition.

Now it would appear that Samsung is releasing an Olympic themed version of their Galaxy Note smartphone, which you can see below, the following photo was posted on Twitter. 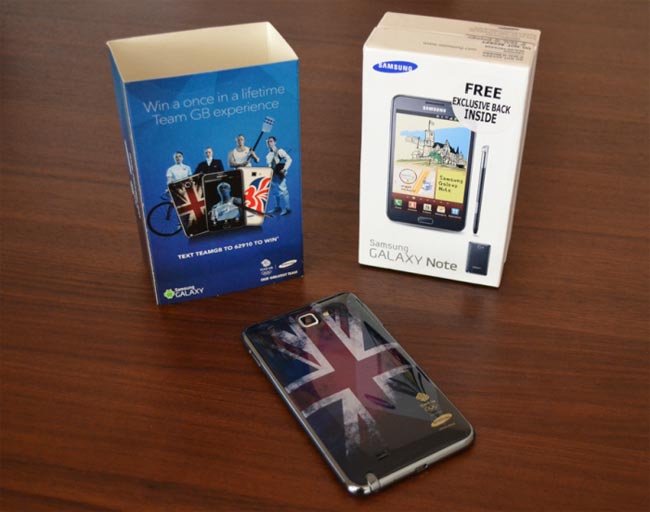 It looks like the device will come with the same specifications as the existing Galaxy Note, although as you can see from the photo the back of the device features the Union Jack.

There are no details as yet on when the Olympics edition Samsung Galaxy Note will be available it is expected to be available through UK mobile carrier O2.