We know that Samsung is working on a new 8 inch Galaxy Note device, which will be unveiled at Mobile World Congress next month, and now it would appear that we may have some specifications on the device.

According to the guys over at Sammobile, the Galaxy Note 8.0 will come with an 8 inch Super Clear LCD display with a resolution of 1280 x 800 pixels, and it will feature Android 4.2 Jelly Bean. 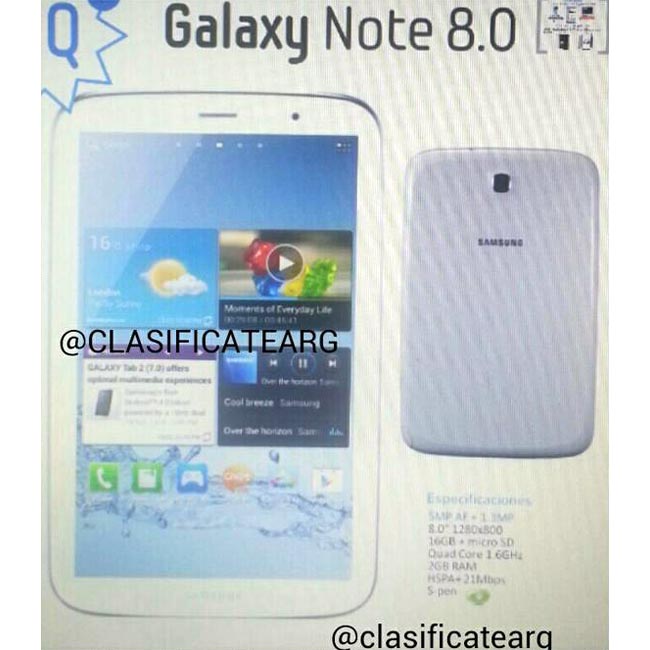 The Samsung Galaxy Note 8.0 is also rumored to come with a quad core 1.6Ghz processor and will feature 2GB of RAM, plus the choice of either 16GB or 32GB of build in storage.

Other rumored specifications on the Samsung Galaxy Note 8.0 include USB 2.0, WiFi, A-GPS and Bluetooth 4.0, the device will also features a 1.3 megapixel front facing camera and a 5 megapixel rear camera.