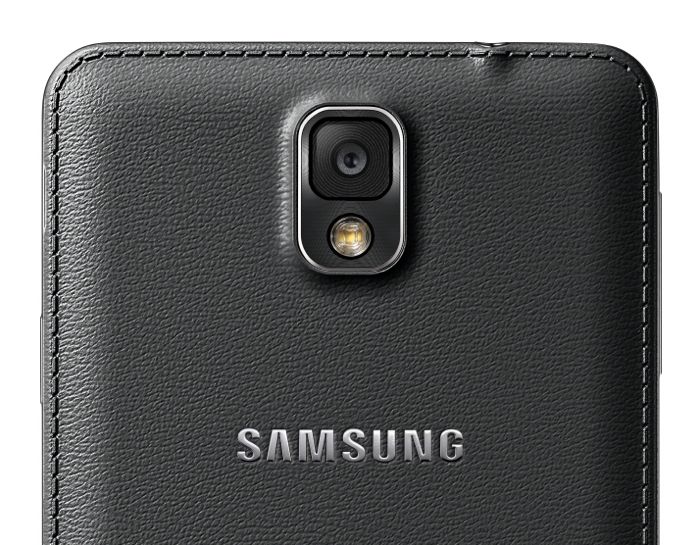 Now we have some more information from the AnTuTu benchmarks on the Samsung Galaxy Note 4, and the devices Samsung Exynos 5433 processor has scored higher than the Qualcomm Snapdragon 805 mobile processor. 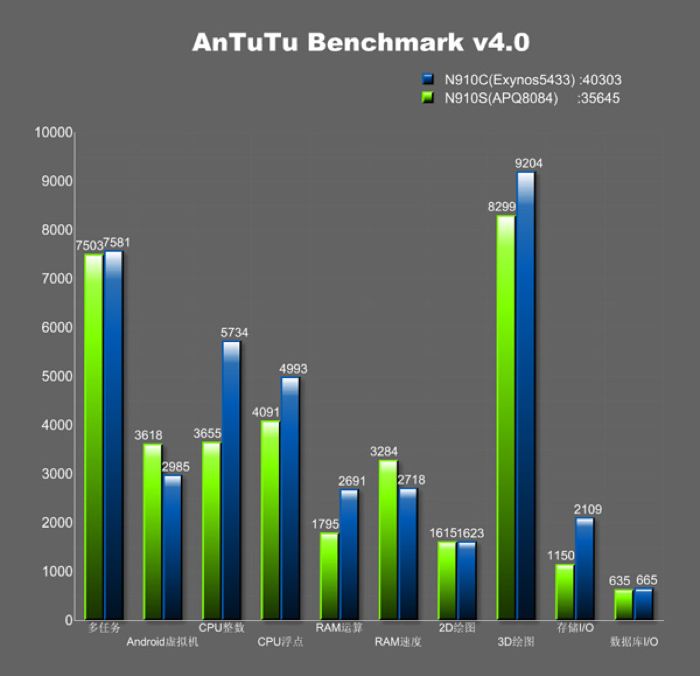 The only processor with a higher score in the AnTuTu database is the new NVIDIA Tegra K1 mobile processor, as can been seen in the photo below. 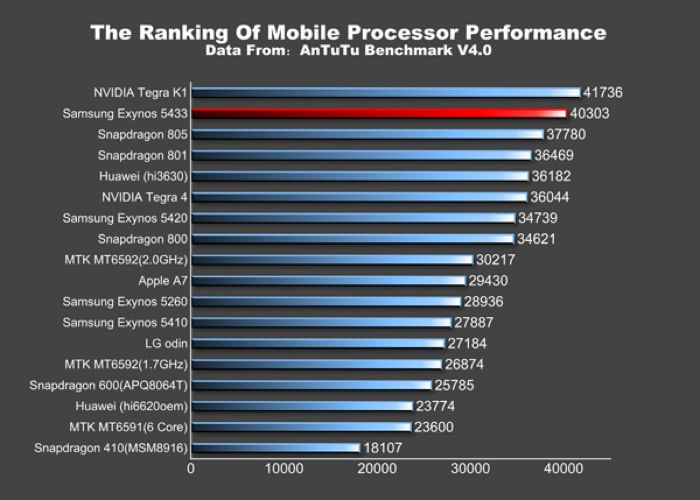 The Samsung Galaxy Note 4 is said to feature a 5.7 inch Quad HD display with a resolution of 2560 x 1440 pixels, this new Android phablet will also come with 3GB of RAM and 32GB of included storage, plus a microSD card slot for expansion. 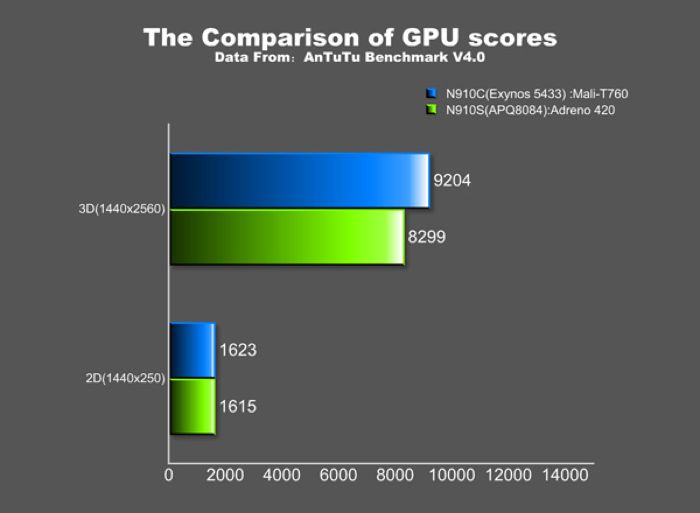 We heard last week that the cameras on the new Note 4 will include a 16 megapixel rear camera, probably the same cameras as on the Samsung Galaxy S5, and a front facing 3.7 megapixel camera.

The versions of the Samsung Galaxy Note 4 that turned up in the benchmarks were running Android 4.4.3 Kit Kat, although we are expecting this to change when the handset launches. Google are expected to launch Android 5.0 at Google IO this week, and we are expecting the new Note 4 to come with Android 4.0. The handset is rumored to be made official at IFA 2014 in September.