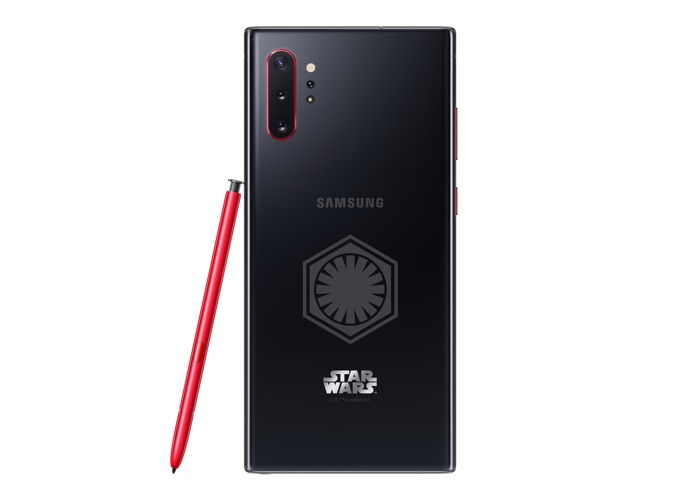 Samsung has announced that it is launching its new Samsung Galaxy Note 10+ Star Wars Edition smartphone in the UK.

The handset is launching ahead of the new Star Wars Rise of the Skywalker movie which launches in the UK on the 19th of December, the device will go on sale in the UK tomorrow the 13th of December.

The Galaxy Note10+ Star Wars™ Special Edition which will be available at Samsung.com from 10th December and in selected Samsung Experience Stores from 13th December is one of several collaborations that Samsung and Lucasfilm have planned to bring a joyous colliding of two Galaxies. As Lucasfilm announced in early October, Samsung has joined forces with Star Wars to engage its passionate users with its best devices and the Galaxy brand in a new and exciting way. The special edition device adds to the collaboration between Samsung and Lucasfilm, which includes the recently launched holiday campaign film, celebrating the theatrical release of Star Wars: The Rise of Skywalker.

You can find out more details about the new Samsung Galaxy Note 10+ Star Wars Edition over at Samsung at the link below.