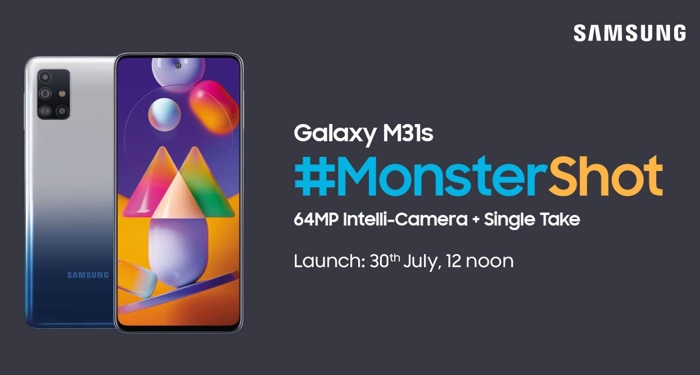 Samsung has revealed that the new Samsung Galaxy M31s smartphone will be launching on the 30th of July.

The handset will be sold in India through Amazon and we have heard a number of rumors about its specifications.

The listing has confirmed that the primary camera on the device will be a 64 megapixel camera and that it will have a 6000 mAh battery, we have heard various rumors about other specifications on the device.

The device is rumored to come with a Samsung Exynos 9611 mobile processor and will also come with 6GB of RAM and a choice of 64GB and 128GB of storage. We will have more information about the new Samsung Galaxy M31s smartphone when it is made official later this month.