The Samsung Galaxy Grand does away with the dual core 1.2GHz processor in Korea, it is replaced by a quad core 1.4GHz processor, the majority of the other specifications remain the same. 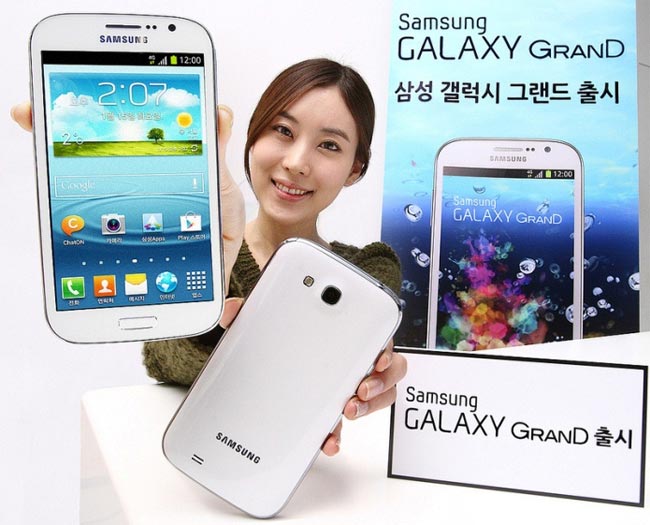 The Galaxy Grand will come with Android 4.1 Jelly Bean and features a  5 inch WVGA TFT LCD display, there is also GB of RAM, 8GB of built in storage and a microSD card slot that can take up to 32GB cards, there is also a 2,100 mAh battery, WiFi, DLNA and USB 2.0.