We’ve heard quite a lot of rumors when it comes to the successor of the not-so-successful Galaxy Gear smartwatch. Earlier rumors speculated the updated smartwatch will make an official appearance alongside Samsung Galaxy S5 in the coming months. Some point towards MWC next month, while others predict the launch will take place sometime in April.

The wearable market is on the rise and it seems the updated Samsung Galaxy Gear will come with health-related features, such as calorie counter, heart rate monitor and stress level measurements. The updated Galaxy Gear is expected to launch alongside Galaxy S5 by April, if the latest reports are correct. 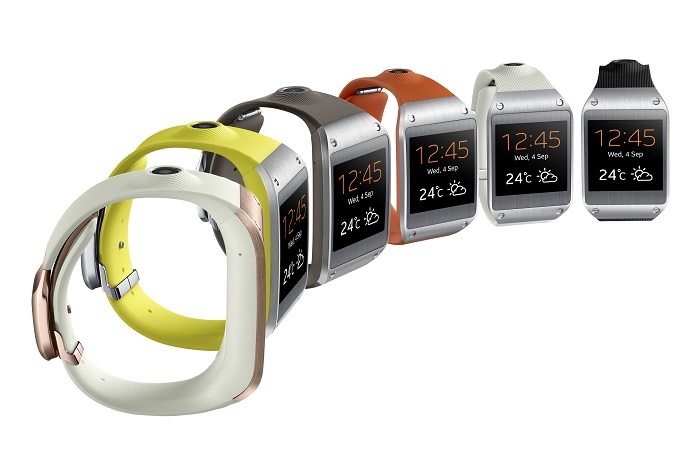 “When we release our S5 device, you can also expect a Gear successor with more advanced functions, and the bulky design will also be improved,” said Lee Young Hee, executive VP of Samsung Mobile.“Health-care related functions will be the most inherently tied functions to future wearables,” she said. “We see a very big potential from there.”

The wearable market is becoming popular, and we’ve seen quite a lot of devices being showcased at the Consumers Electronics Show 2014 held in Las Vegas, such as Neptune Pine.

Apple is also reportedly working on its own wearable device dubbed as “iWatch” or at least this is what the rumor mill has been calling it. There’s no word on when Apple will launch, but it is expected to see the daylight later this year. Although we don’t exactly know at the moment if it will be a smartwatch or a wristband of some sort, as Apple has hired some top talent from the fitness industry according to several rumors.

We’ll update you once we have more information about the alleged Galaxy Gear 2. There’s a possibility that Samsung might unveil the device at the Mobile World Congress 2014, or a few days before the event.