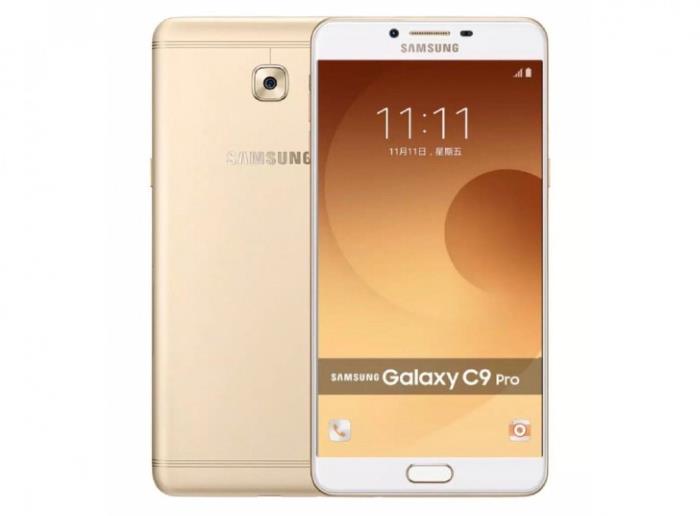 Over the past few days, we’ve seen a handful of leaks related to the Samsung Galaxy C9 smartphone, but it seems the handset will be known as the Galaxy C9 Pro when it officially launches.

Recently, some press renders of alleged Samsung Galaxy C9 Pro revealing how the handset may look like when it officially launches.

The information comes through leaked promotional materials, which also reveals what the handset is expected to offer as well as some pricing details. Samsung Galaxy C9 Pro is expected to come with a 6-inch display with the processing handled by a Snapdragon 652 processor. Other leaked features include 6GB of RAM, 64GB of expandable storage, a 16 MP camera on the back and a 16 MP front-facing camera, as well as a USB Type-C port. The handset is expected to carry a CNY 3,199 ($474 or €434) price tag when it launches.

Previous rumors suggests that the handset is expected to come with a 4,000 mAh battery as well as LTE connectivity on board.

We’ll update you as soon as the handset is officially released by the company. Stay tuned.