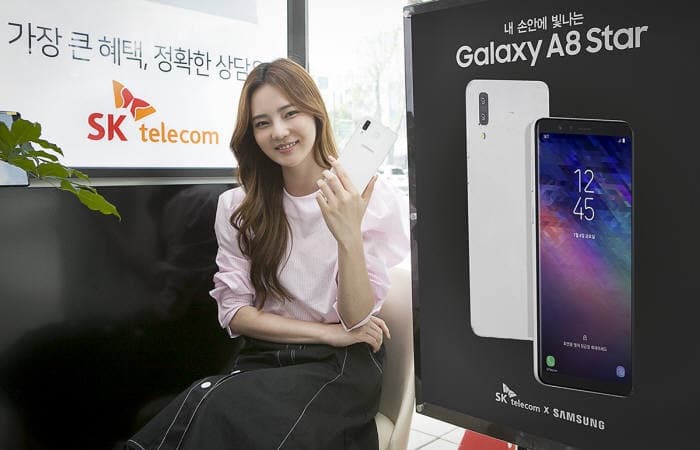 Samsung has announced that the Samsung Galaxy A8 Star will be available to pre-order in South Korea from tomorrow.

The handset will retail for 649,000 won which is about $580 at the current exchange rate and the device will be available with SK telecom.

As a reminder the Samsung Galaxy A8 Star comes with a 6.3 inch Super AMOLED display that features an FHD+ resolution of 2220 x 1080 pixels.

The handset is powered by a Qualcomm Snapdragon 660 processor and it comes with 4GB of RAM and 64GB of build in storage. There is also a microSD card slot for extra storage plus high end cameras on the front and back.

Up front we have a 24 megapixel camera which has been designed for Selfies and on the back there is a dual camera setup. The dual rear cameras are made up of one 24 megapixel sensor and one 16 megapixel sensor, the handset also comes with Android Oreo.