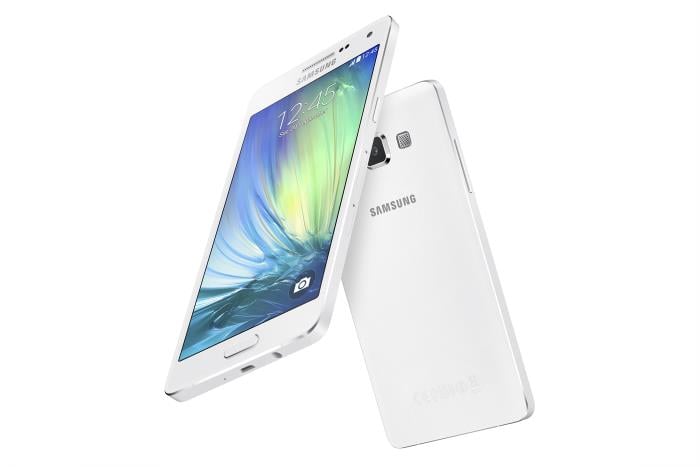 Earlier this year, Samsung announced the new “A” series smartphones, including the Galaxy A5 and A3. There’s one more handset to join the line, the Galaxy A7, but there’s no official word from Samsung about its existence.

We’ve already seen the alleged device in leaked images, it has even passed the certification authorities in some regions, hinting at its imminent launch. According to a new report, Samsung is expected to take the wraps off the Samsung Galaxy A7 on January 14th.

The purported Galaxy A7 is expected to be the most high-end smartphone in the A series line up, topping the Galaxy A5 and Galaxy A3 in terms of specifications. Rumors suggest the handset will feature a 5.5-inch display sporting a resolution of 1920 by 1080 pixels, a 64-bit quad-core processor or Samsung Exynos 5433 paired with 2GB of RAM and 16GB of internal storage coupled with a microSD card slot should you ever require more space.

Other rumored features include a 13MP camera for photos and videos, a 5MP front-facing shooter, a 2,500 mAh battery and possibly Android 4.4.4 KitKat as its operating system.

There’s no official word from Samsung, but we’ll update you as soon as the Samsung Galaxy A7 is official.

Note: The image above shows the Galaxy A5.