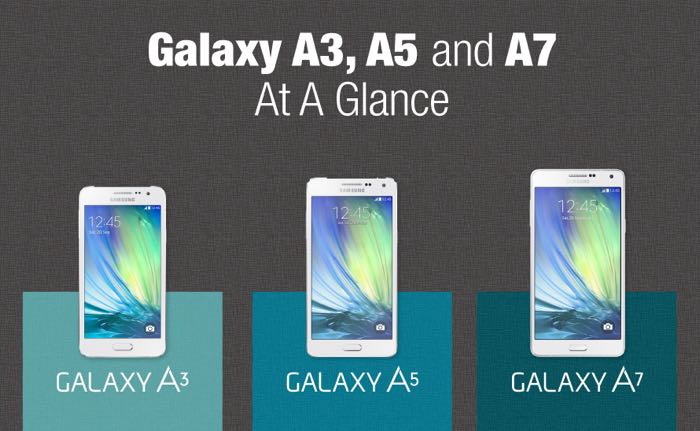 Earlier today Samsung announced the latest smartphone in their Galaxy A Series range, the Samsung Galaxy A7, and now the company has released an info graphic comping the range.

The info graphic below shows the specifications on the Samsung Galaxy A3, Galaxy A5 and Galaxy A7 side by side.

Some of the specifications on all of the devices are the same, which include the front facing camera, all models come with a 5 megapixel camera.

Samsung has given this new range of smartphones a more premium design, the handsets feature a metal frame, as opposed to plastic on some previous Samsung devices, we are also expecting a new metal casing on the Samsung Galaxy S6.

All of the three handsets also come with Android 4.4 KitKat, you can find more details about the new Samsung Galaxy A series range of handsets over at Samsung at the links below.