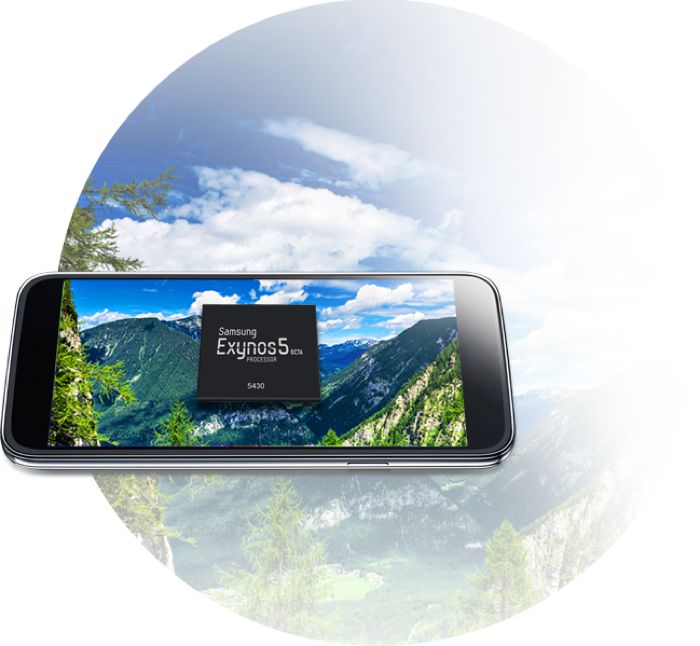 Yesterday Samsung announced their latest smartphone, the Samsung Galaxy Alpha, and the device is powered by a new 8 core mobile processor from Samsung, the Samsung Exynos 5430.

Samsung has now released more information about this new 8 core processor, which is build using Samsung’s 20nm process, that is designed to reduce the power consumption.

The new Exynos 5 Octa (Exynos 5430) is designed for mobile devices requiring utmost power efficiency in high-resolution displays such as WQHD and WQXGA. While Exynos 5430 is stronger than its predecessor, there is no increase in power consumption; since it is built on Samsung’s 20nm process, it drastically lowers the power consumption. With four powerful ARM® cortex®-A15™ cores at 1.8GHz and four efficient Cortex®-A7™ cores at 1.3GHz of big.LITTLE™ HMP processing, Exynos 5430 processor is ready for sophisticated users’ unlimited desires for life-enriching mobile experiences.

You can find out more details about the new Samsung Exynos 5430 processor over at Samsung at the link below, the processor is now available in the new Samsung Galaxy Alpha, and we suspect Samsung will also use it in a number of other new devices over the next few months.