A patent that Samsung have submitted for approval for a dual touch-sensor device where both the front and back screens are touch sensitive. 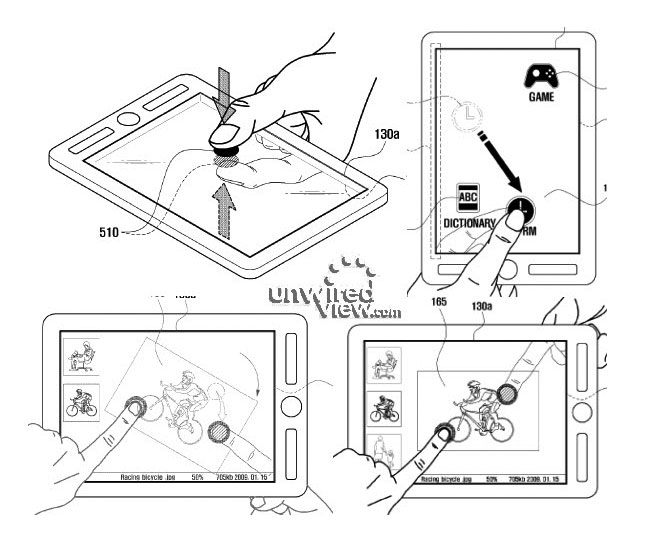 Samsung’s attempt to differentiate from these existing implementations appears to involve the interplay of software with the dual-touch hardware.

So rather than replicating a front-touch, using the rear touch-sensor could trigger a different function using the same on-screen controls.