Earlier this week we heard that the Android 4.0 ROM for Samsung’s new Galaxy S III smartphone had been leaked, and along with the ROM, Samsung’s new S Voice app, which is Samsung’s own voice activated virtual assistant was also leaked.

Samsung has now said that the app that was leaked was an initial test version, and that they are currently blocking the app, you can see the statement from Samsung below. 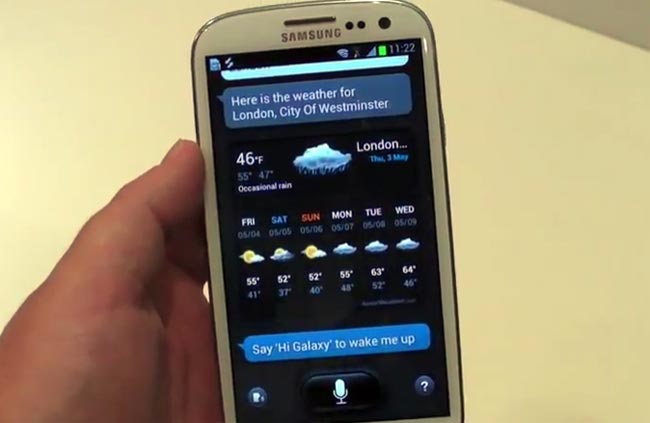 “An initial test version of S Voice which was found online has been blocked as Samsung Electronics does not want consumers to judge the quality of the voice feature based on a test version. When the product is launched, users of GALAXY S III will be able to fully experience S Voice.”

According to the guys over at The Verge, the leaked app is now not functioning, and is returning a network error when tested, there are no details on whether Samsung intends to release the app for other devices than the new Galaxy S III.