We have been hearing rumors for quite some time that Samsung would be launching a larger version of their Samsung Galaxy Tab tablet, earlier today we saw a photo of a second generation Galaxy Tab with a new Super AMOLED display.

Now another photo has appeared on the web, this time it is a photo of a larger version of the Samsung Galaxy Tab with a 10 inch display. 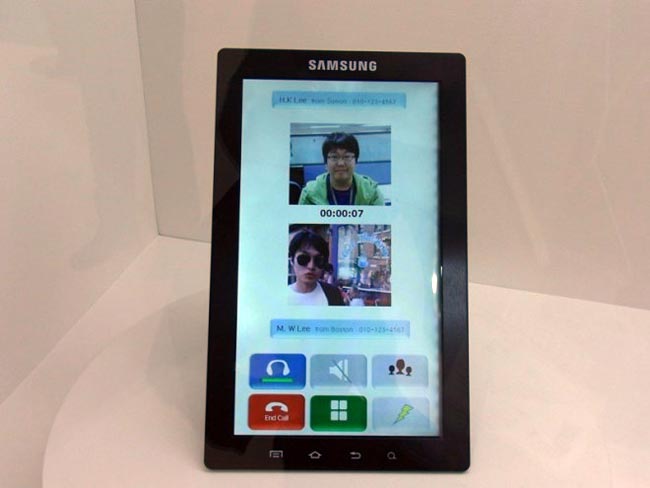 The new 10 inch Samsung Galaxy Tab is currently being shown off at the FPD International Green Device 2010 trade-show in China, and the screen features a resolution of 1024 x 600 pixels.

It seems that the display featured in this 10 inch Samsung Galaxy Tab is manufactured like the existing ones, except instead of using glass substrate, Samsung have used resin, which results in a small reduction in thickness of the display but a large reduction in its actual weight.

Tech On via Wired