Samsung has today launched a new line of solid state disks (SSD) in the form of the new Samsung 840 EVO which Samsung claims provides huge performance increases over the previous 840 models.

The Samsung 840 EVO read speeds are rated at 500+ MB/s sequentials and up to 98,000 IOPS, and the drive is equipped with Samsung’s new NAND process technology and latest flash with a 10 nm-class (geometry somewhere between 10 and 20 nm) design 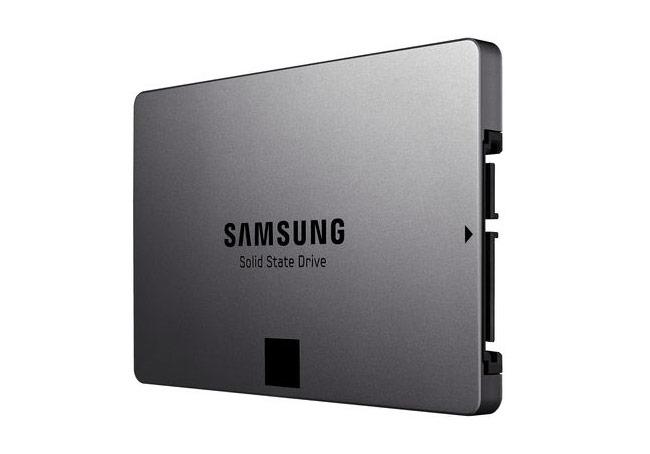 The new Samsung 840 EVO use the new Turbo Write feature which has been designed to use some of the drive’s three-bit-per-cell NAND in a simulated SLC mode for caching. Todays press release explains :

“For the 1TB 840 EVO SSD, the sequential read/write performance has reached 540MB/s and 520MB/s. Furthermore, both the random read and write performance have improved, reaching 98,000 IOPS (Input Output Operations Per Second) and 90,000 IOPS, respectively. This significantly enhances the user’s real-world computing experience, especially when he or she is dealing with very large data files.“

“After accelerating the growth of the SSD market with last year’s launch of entry-level, high-performance SSDs, we are introducing much faster SSDs with up to 1TB capacities offering consumers a wider range of choices,”-“Samsung continues to enhance its SSD brand image by delivering the industry’s highest quality solutions and continuously increasing its SSD market share by expanding the adoption of higher density SSDs especially in client PC segments.”