The battle for TV media streaming is officially heating up with the release of the HD Theater 300. If you simply don’t have the patience to wait for Boxee Box or are put off by the Apple TV, then take the middle road and settle on SageTV’s latest. 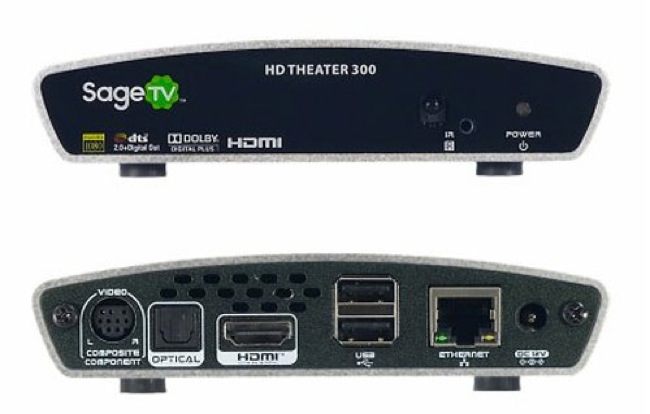 A quick glance reveals what it lacks in the looks department is compensated for by its functionality. Though if it were up to us, we think that anyone who doesn’t know what the HD Theater 300 is for will mistake it for one of those old-school dial-up modems.

Just to cover the hardware side now, the new device packs HDMI 1.3 and can stream video from all your favorite online haunts on your TV supported by Dolby TrueHD and DTS-HD/MA sound.

It’s also compatible with a wireless network thanks to an optional wireless adapter. Users are also given the choice of optional SageTV Media Center software that allows you to record online videos live. As indicated by the title, HD Theater 300 only retails for $149.95 and comes with a remote.