As of this week a dedicated group of Russian scientists are 100 feet away from breaking into a frozen lake that has been insulated for 15 million years. Why such frantic activity? Life! They want to find if there’s life down there. If there is, then the next step would be to perform the same on the far away Jupiter moon Europa. 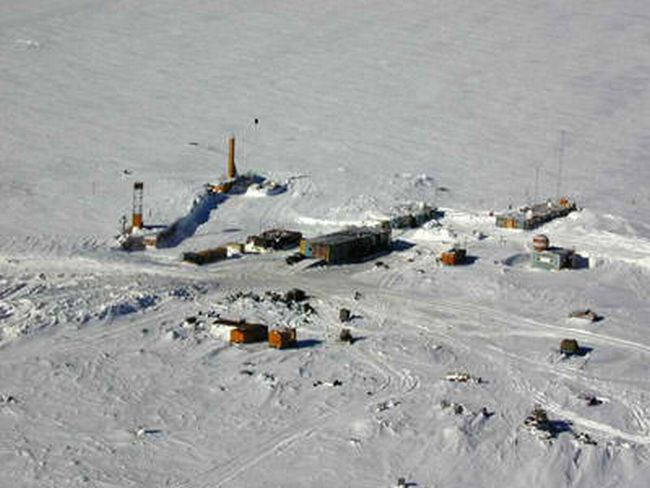 Pictured above is the icy abode of Russian scientists in the South Pole. In what seems to be a small part of an intergalactic plot, the frigid bodies toiling away in the South Pole very badly want to reach Lake Vostok, a huge body of water that’s been buried under ice for millennia. The Russians discovered the lake by accident almost 20 years ago, when their antartic base drifted from its magnetic center then viola! They discovered a huge lake was right below them.

The goal now is to literally bore a hole down the ice and once the pathway is secure, insert a submersible to do some exploring. The Russians are hoping to find life forms, no matter how primitive, to prove that if such conditions are found elsewhere in space, then alien life certainly is out there. It’s also a first for them, since the lessons learned from the operation could be applied to their space program.