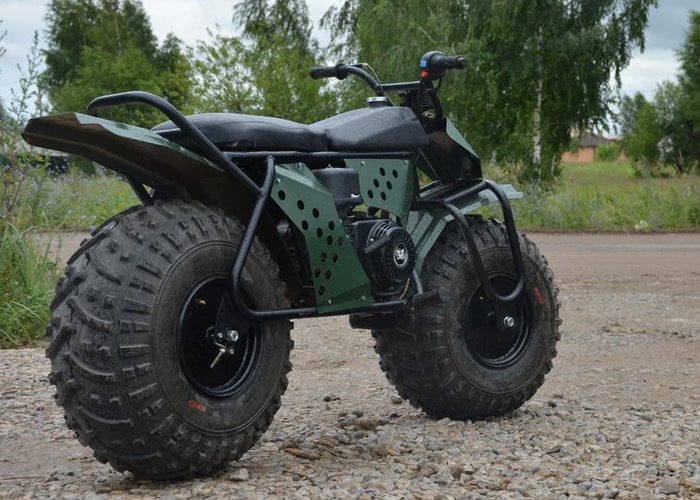 Anyone in the market for a pair of wheels that have been designed to take them almost anywhere across even the most rugged terrain might be interested in this awesome TARUS 2x2 Motorcycle which can be seen in action via the video below.

The motorcycle takes the form of a rugged collapsible bike that can be fitted into the boot of a large car with ease. The design includes a patented front forks mechanism that requires only one screw to be removed to detach it.

The Tarus 2x2 has a lower saddle than most motorcycles to help the rider use their legs for stability and support while driving on rough terrain. The Tarus weighs less than 200lbs and can the collapsed down in under five minutes.

Unfortunately no information on pricing or worldwide availability has been released as yet for the Tarus 2x2, but as soon as information comes to light we will keep you updated as always.