Everyone remembers the Rubik’s cube, it is probably one of the most popular toys of all time, well it’s inventor Professor Erno Rubik is about to unveil a new toy, the Rubik’s 360.

The new Rubik’s 360 is a series of 3 nested transparent spheres which feature six coloured balls in the centre of the spheres, the goal of the Rubik’s 360 is to move the coloured balls from the inner sphere to matching slots on the outer sphere by shaking them through a middle sphere, it certainly sounds complicated. 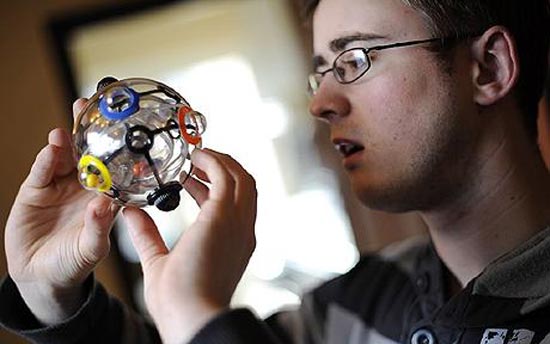 I will probably have as much success solving the Rubik’s 360 as I did with the original Rubik’s cube, as I ended up taking it apart to solve it.

The Rubik’s 360 will go on sale in August, there is no word on pricing as yet.