Kickstarter is a great place to run across some very interesting projects that might actually make it to production. It’s also a great place for people with good ideas to raise the money they need to build their device and sell them to the public. One of the coolest projects I have seen in a long time on Kickstarter is the cute little Romo smartphone robot. 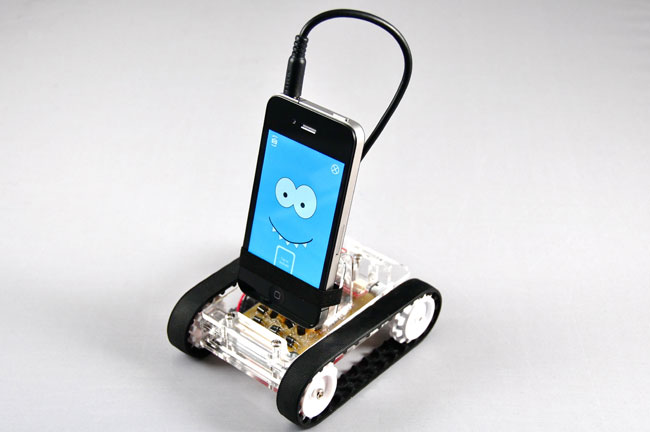 Romo is a little motorized acrylic base that has a couple bands wrapped around small wheels for motivation tank style. It interfaces with the iPhone or iPod touch. The smartphone sits on the motorized base and the robot connects using the headphone port.

The base charges via a USB cable and has analog circuits inside. The bot will work with any phone that sends out the right frequencies apparently. There are no compatible devices mentioned other than the iPhone or iPod touch. The bot can be used as a spy bot with the iPhone camera, a kart to race against other bots, and has a drag and drop program module for customization.