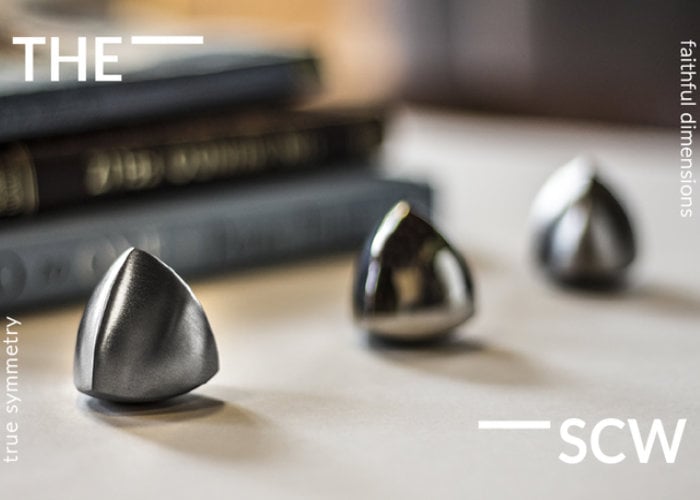 Matter Collection has taken to Kickstarter a new solid of constant width which rolls like a ball without being a sphere. Offering a desktop toy available in a variety of materials including stainless steel, brass and copper all of which can be polished or brushed depending on your preference. Available from just $28 or roughly £21 worldwide shipping is expected to take place during July 2019. Watch the video below to learn more about the unique shape which can roll without being a sphere.

“It has its origins in the work of Leonhard Euler who discovered that the Reuleaux triangle, that had been used in English Gothic Churches since late 13th century, had a persistent width regardless of its orientation, hence if the figure was cut by half and revolved by its middle axis, the resultant would be a three-dimensional shape with the same property but without tetrahedral symmetry. “

“Mankind has always been fascinated with the unknown. This has driven us to better understand our surroundings: we’ve gone from gazing into outer space to actually being there, from mathematical ideas on paper to their physical expression in solid metal. Here we gather the wisdom of many generations into one perfect piece… We’ve seen our favourite characters wear a token wherever they go, a lucky dice or their dad’s clock; an object that gives them strength when they are down, reflections where they get lost in their moments of contemplation, a solid surface that helps them concentrate and create the greatest plans. Besides being a geometric wonder, The Ultimate Solid of Constant Width is that perfect and intriguing tote.”